Skip to main content
Welcome to the Darbar Player. Experience the magic of Darbar every month of the year anywhere anytime. Enjoy ad-free music listening and offline playback 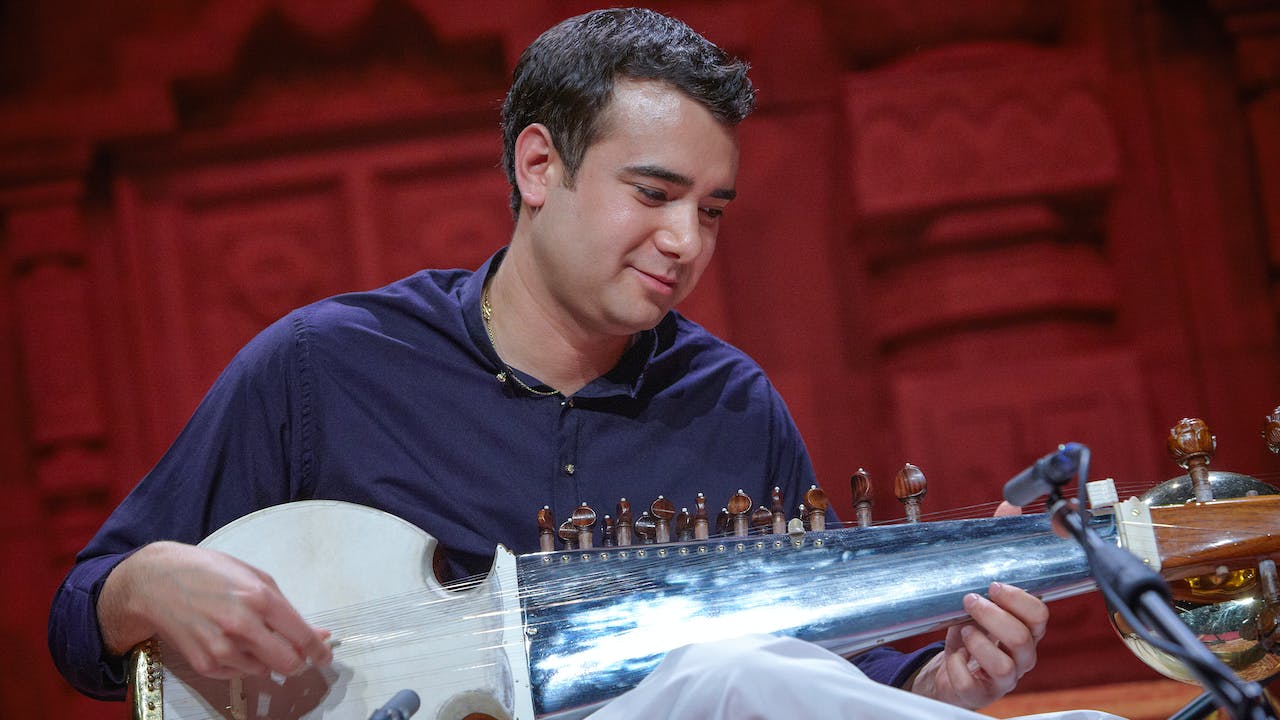 This livestream event is apart of the Darbar Festival 2021, from the 16th to the 24th of October.
www.darbar.org/festival/darbarfestival2021

A chance to go back into history and see glimpses of India’s national treasures, Ustad Ali Akbar Khan

Our sages developed music from time immemorial for the mind to take shelter in that pure being which stands apart as one’s true self. Real music is not for wealth, not for honours, or not even for the joys of the mind – it is one kind of yoga, a path for realisations and salvation to purify your mind and heart and give you longevity.

An in-conversation with sarod artist, Alam Khan, who brings gems from the archives of the famous Ali Akbar College of Music (AACM) near San Francisco, established by his father, the legend Ustad Ali Akbar Khan in 1967. Ali Akbar Khan’s father, the late Acharya Baba Allauddin Khan, is acknowledged as one of the greatest figures in North Indian music of the 20th century.  Their family traces its gharana (ancestral school of music) from Mian Tansen, a 16th Century musical genius and court musician of Emperor Akbar, to Mohammed Wazir Khan, court musician of Rampur State and Baba Allauddin Khan’s guru.

Alam continues to follow his father's wishes as a teacher of advanced instrumental and vocal classes at the Ali Akbar College of Music and has dedicated his life to preserving, performing and teaching this music to the world.